VR-Engage lets users play the role of a first-person human character; a vehicle driver, gunner or commander; the pilot of an airplane or helicopter; or a sensor operator.

VR-Engage can be deployed as a trainee simulator, as a role player station, an instructor aid, a desktop simulation game, even as a VR headset experience. Built on the mature proven MAK ONE simulation software platform, VR-Engage gets its simulation engine from VR-Forces, and its game-quality 3D graphics from VR-Vantage.

Get in the Game

VR-Engage is MAK’s multi-role virtual simulator. It lets you “Get in the Game” by directly controlling human characters or vehicle platforms in a variety of roles: 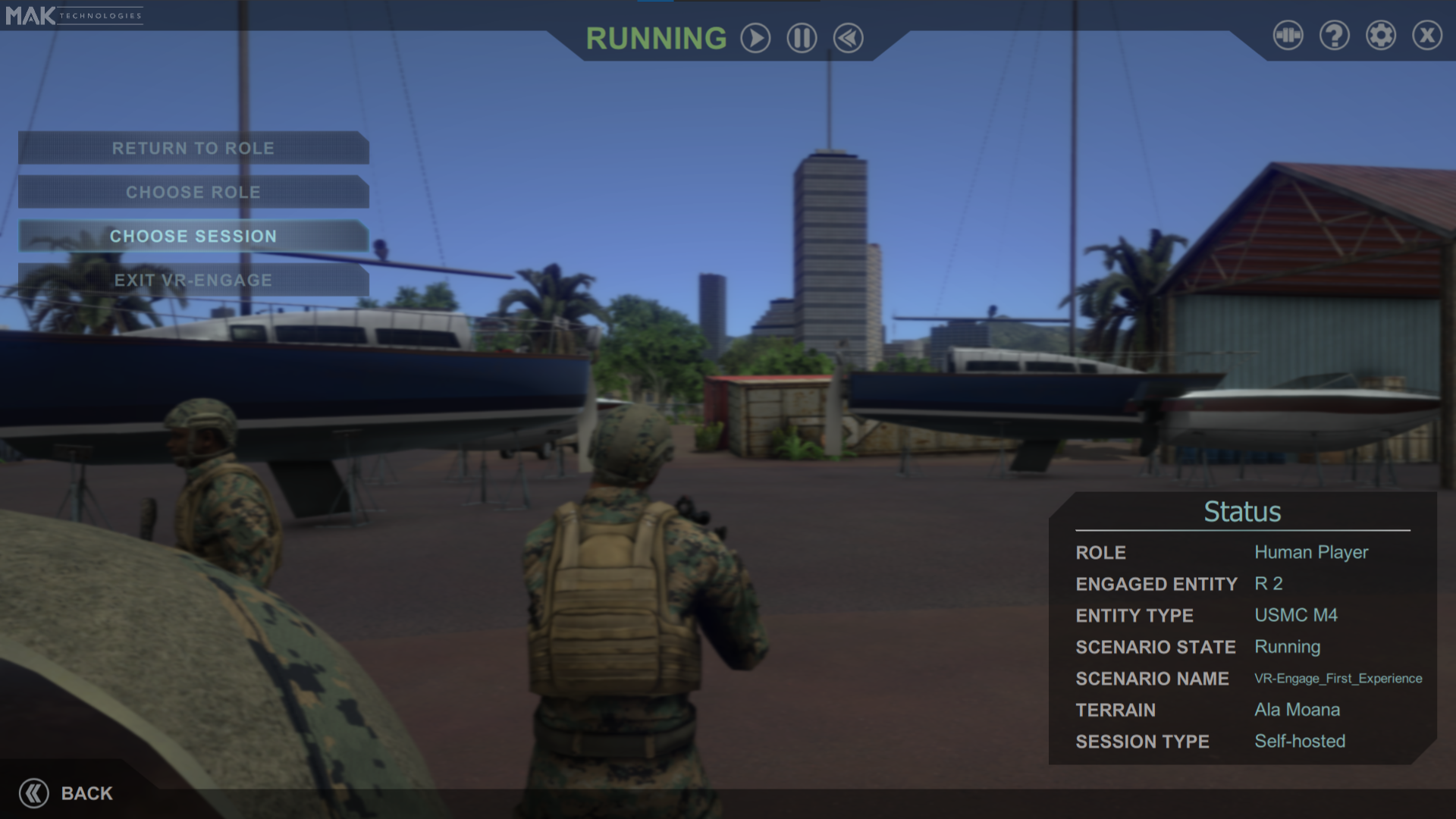 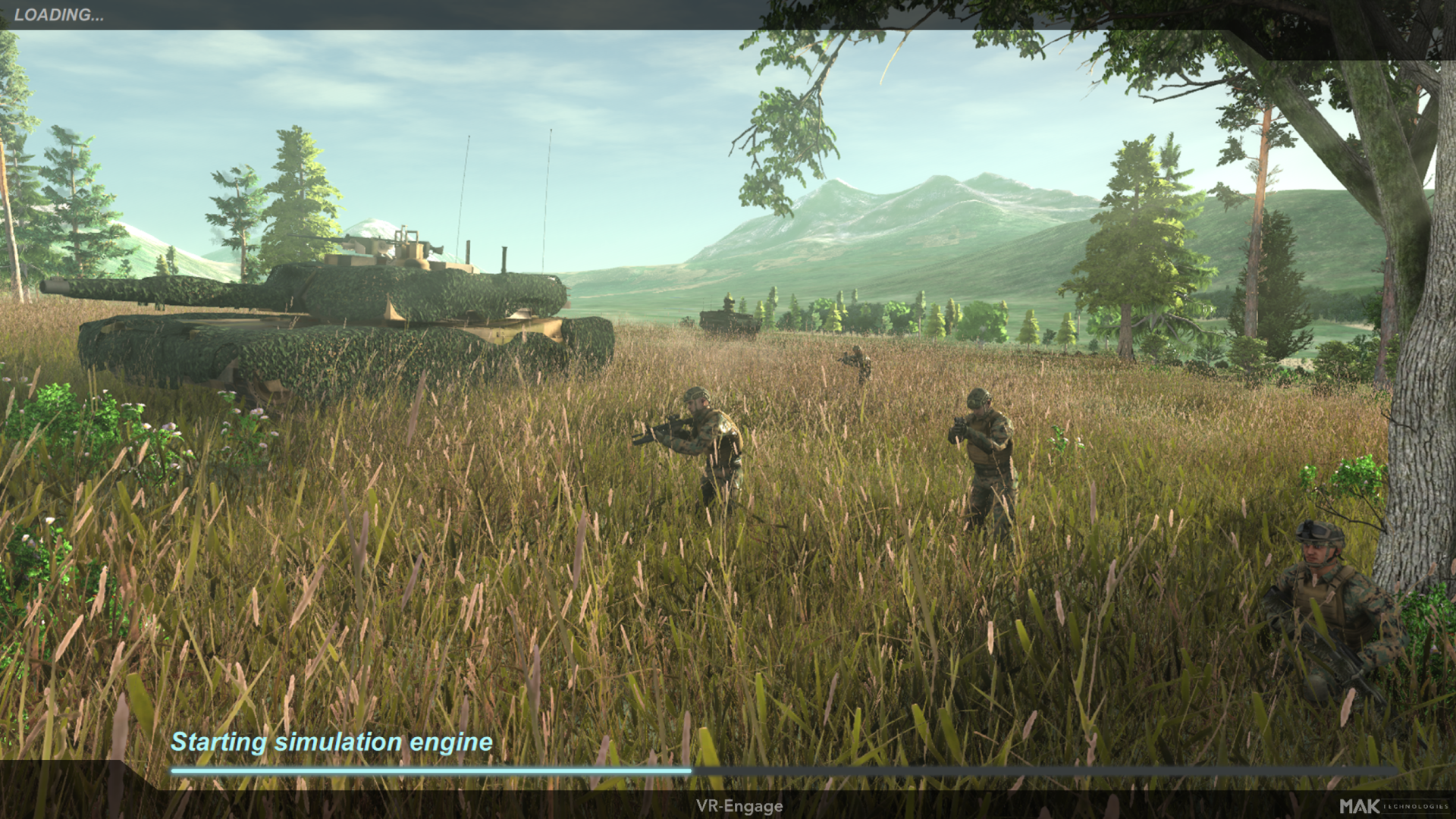 Our customers use VR-Engage as the basis for trainee stations, for experimentation in battle labs, or to allow instructors or white cell operators to take manual control of wingmen, targets, or OPFOR characters.  When used together, MAK’s VR-Forces CGF and VR-Engage role-player stations provide correlated and consistent AI-controlled and player-controlled entities in a unified whole-earth, multi-domain synthetic environment.

Video description of the MAK ONE Architecture

When VR-Engage is used with a compatible version of VR-Forces you can reap the additional benefits of a common system architecture: 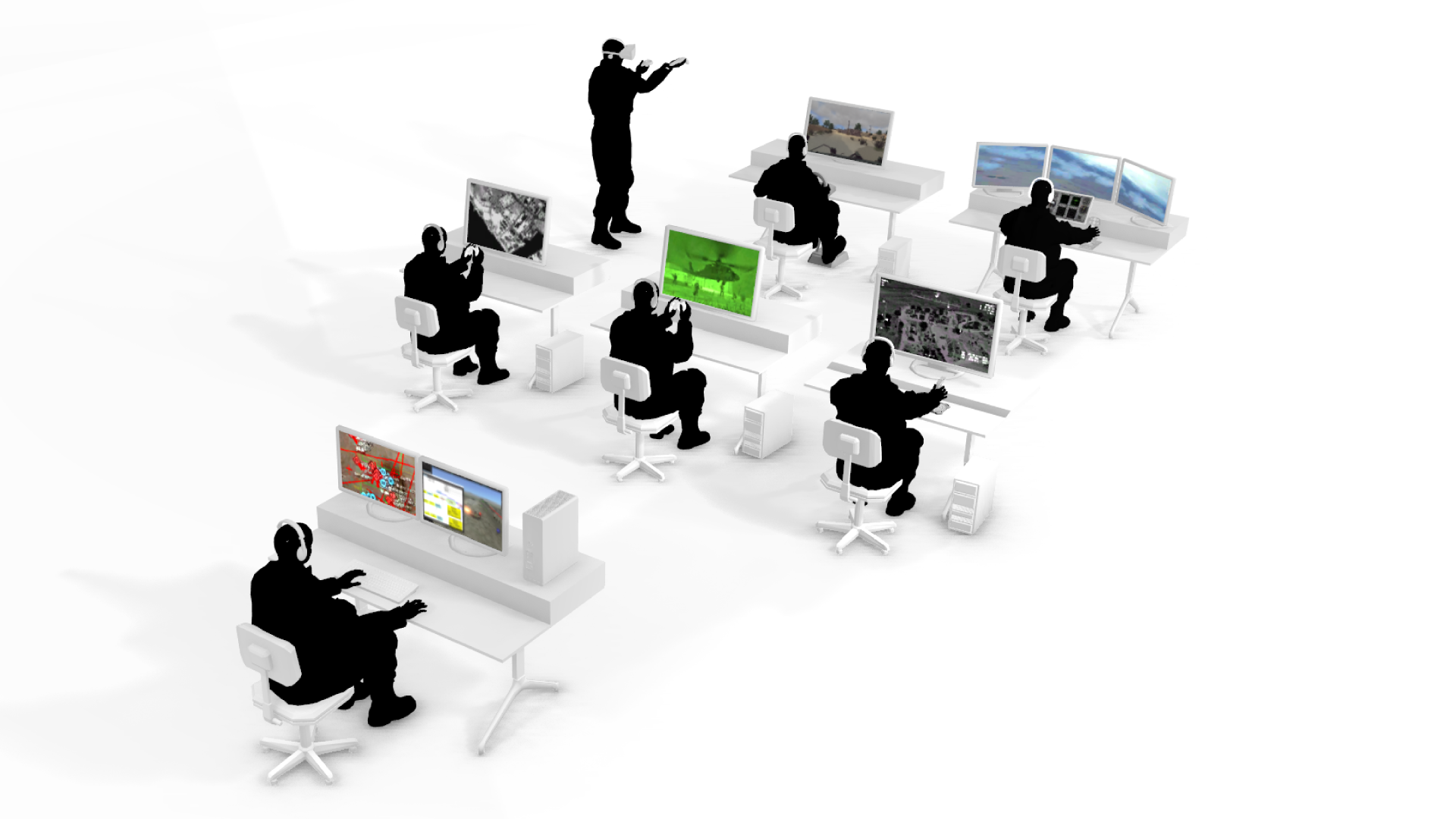 Let us help you configure a complete synthetic environment 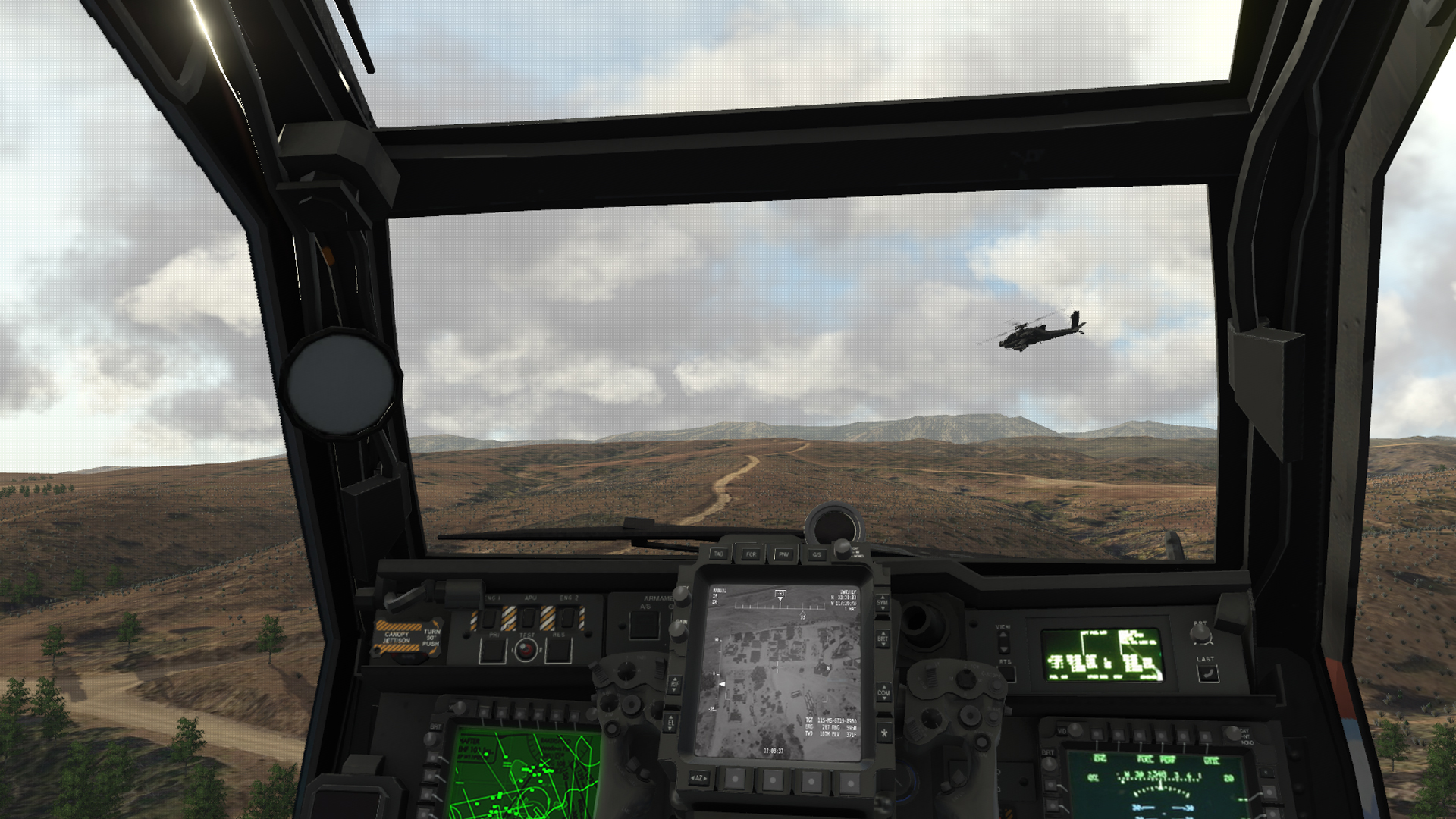 Built on the MAK ONE Technology Stack

The same MAK ONE Simulation Engine that powers VR-Forces also simulates the human character or vehicle platform you control with a VR-Engage simulator.

MAK ONE is the simulation platform of choice by governments and system integrators around the world as they join disparate simulations into common synthetic environments.

Explore how VR-Engage fits into these systems by sliding through the illustrations below.

Print a copy for your boss!

Have a challenge? Let's solve it!

Learn about successful projects from our customers

Learn all the VR-Engage capabilities

Step-by-step introduction to creating your own simulator

for the latest MAK news!

Get social with us!